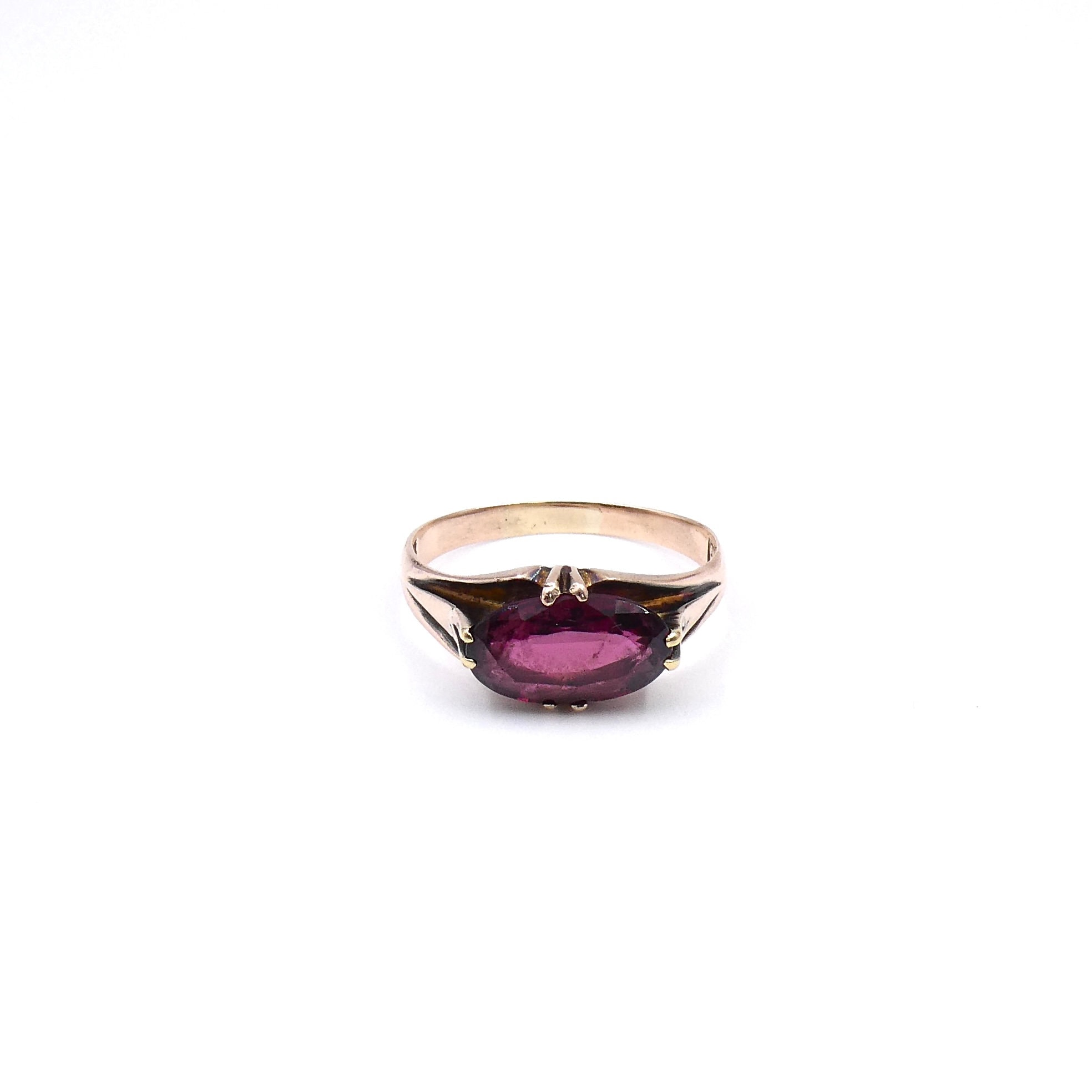 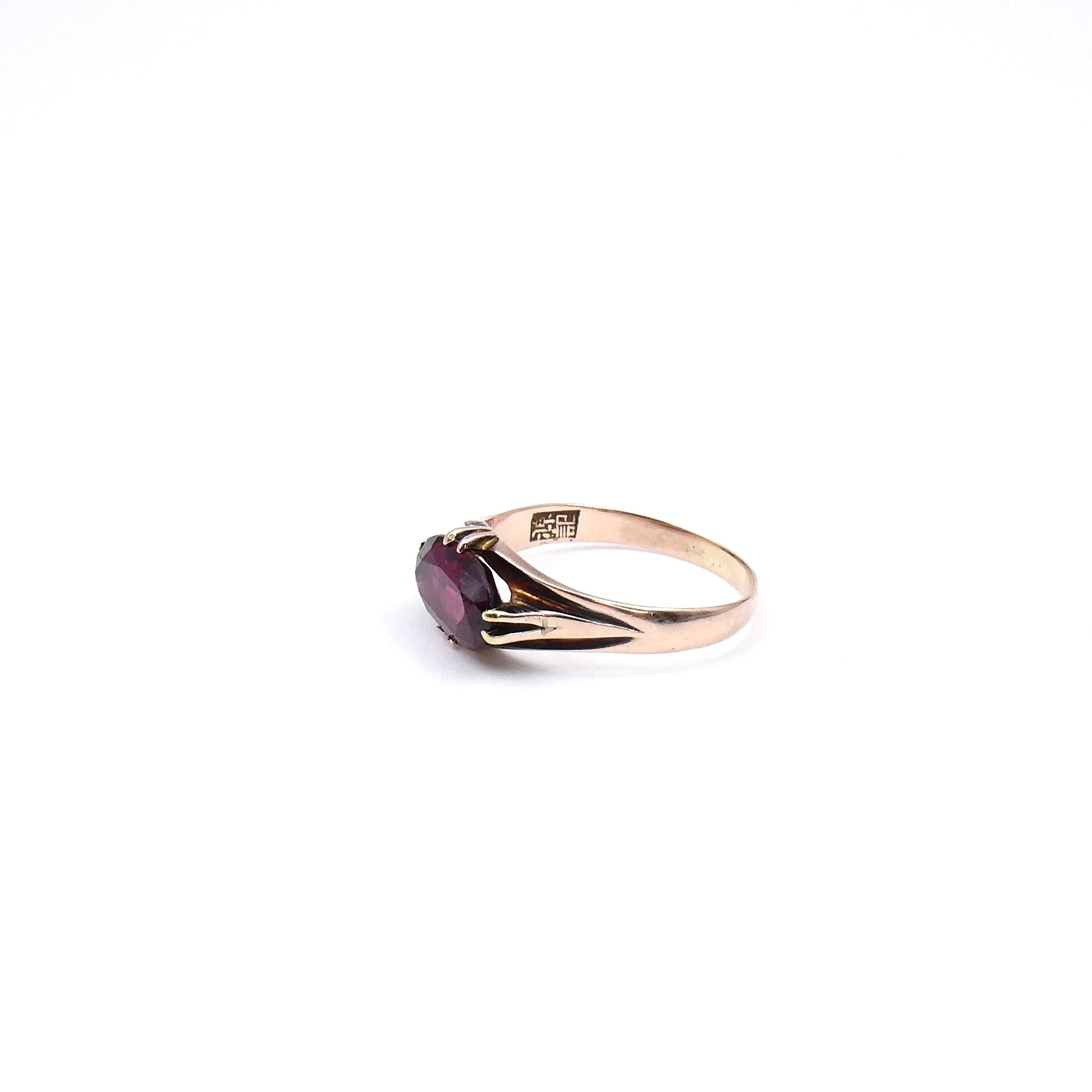 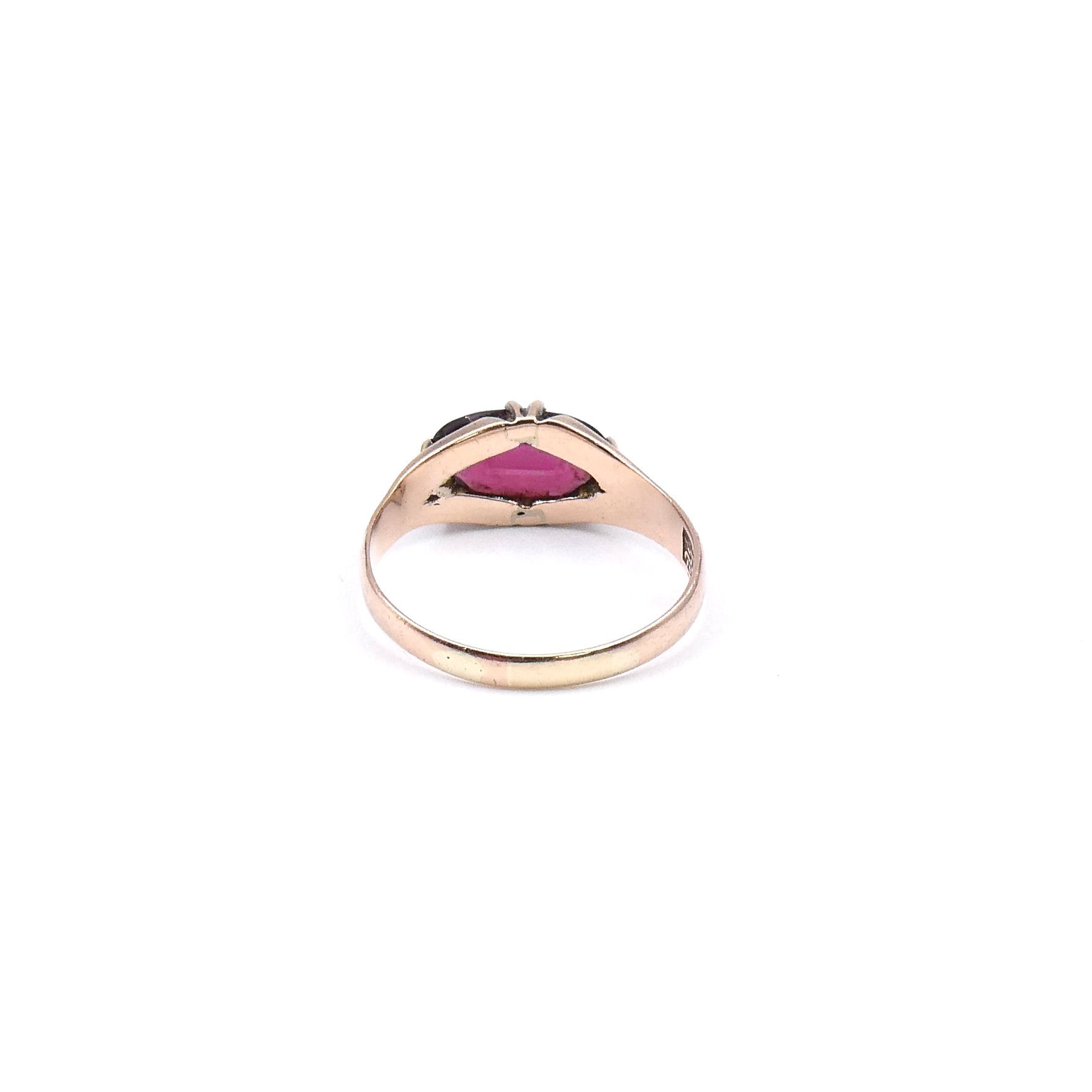 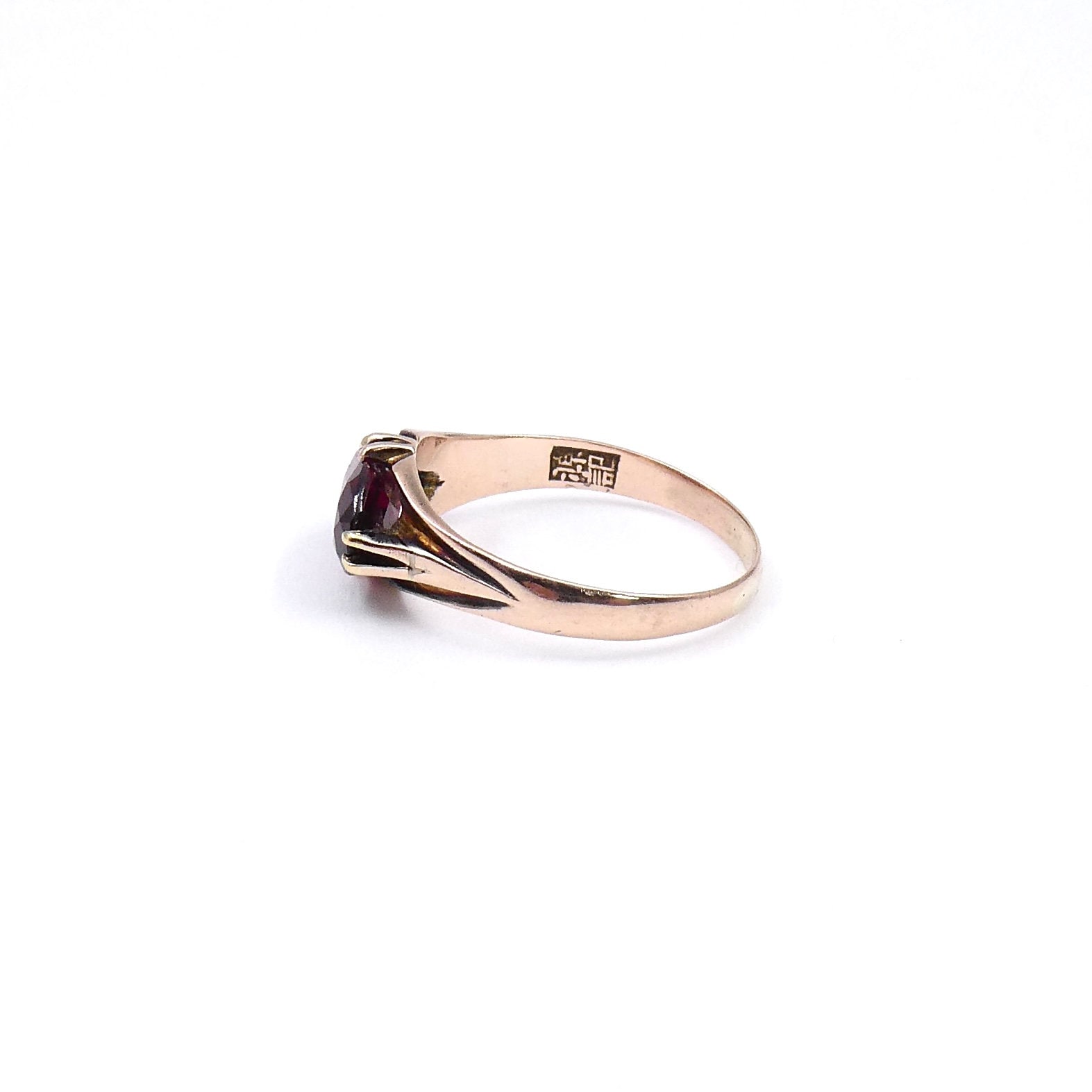 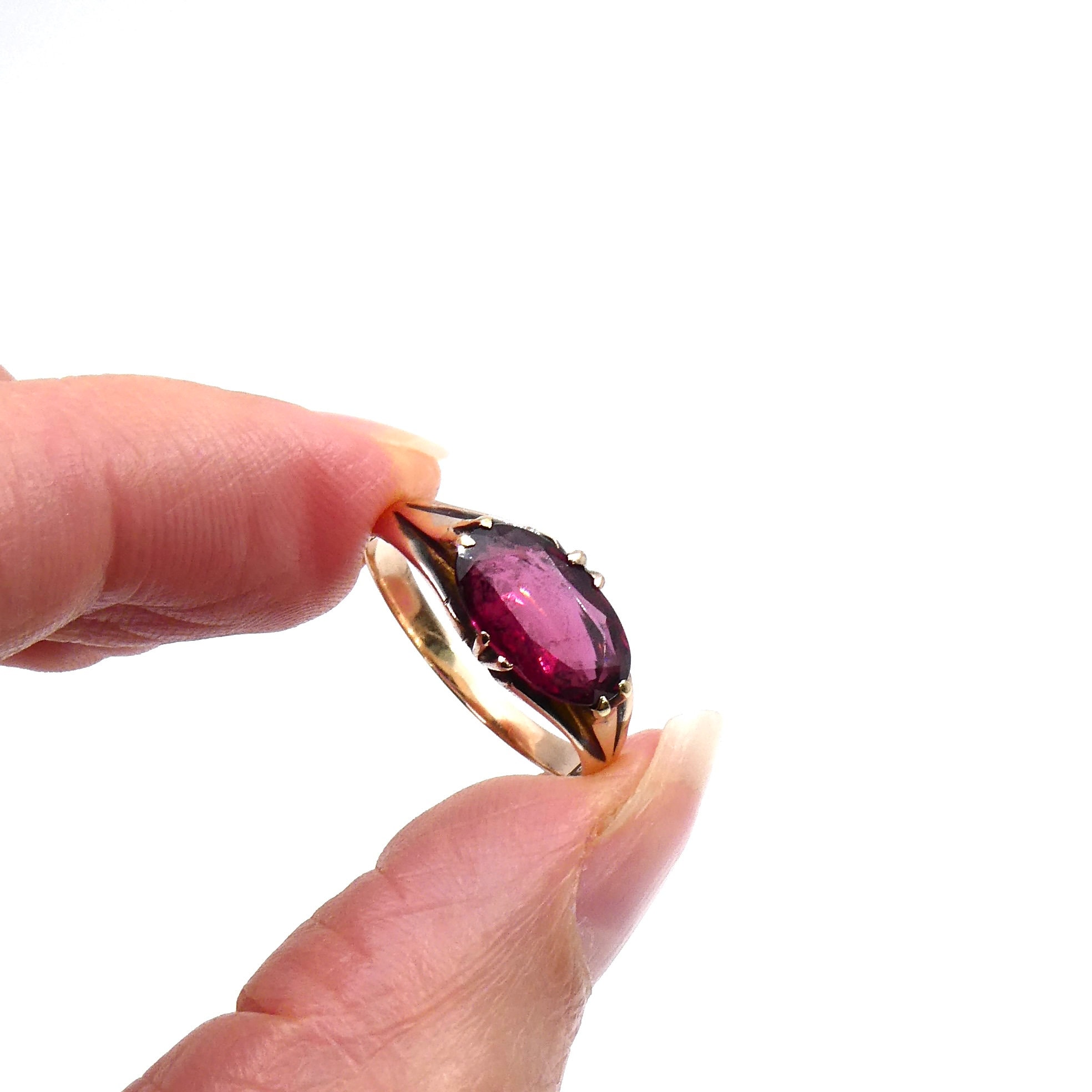 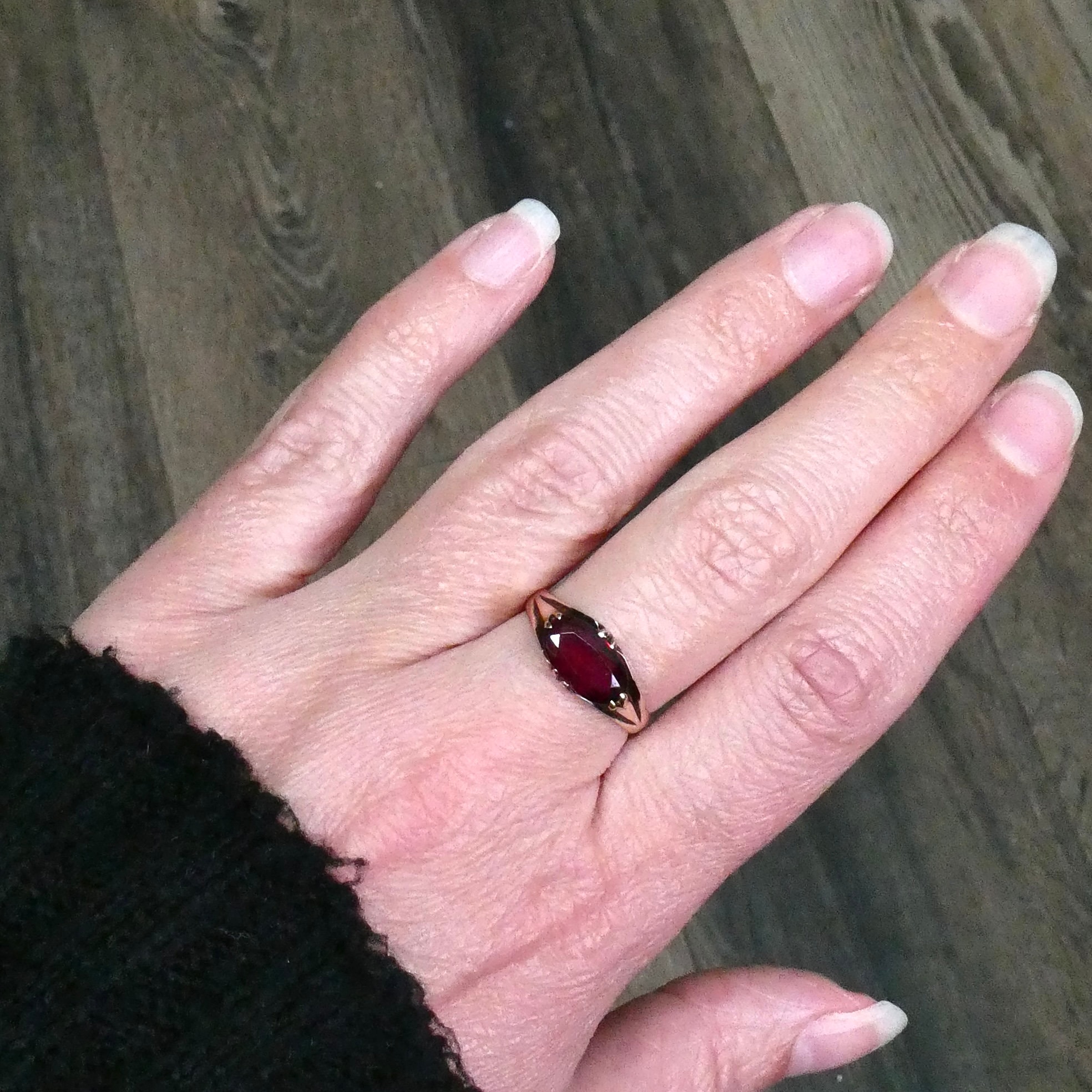 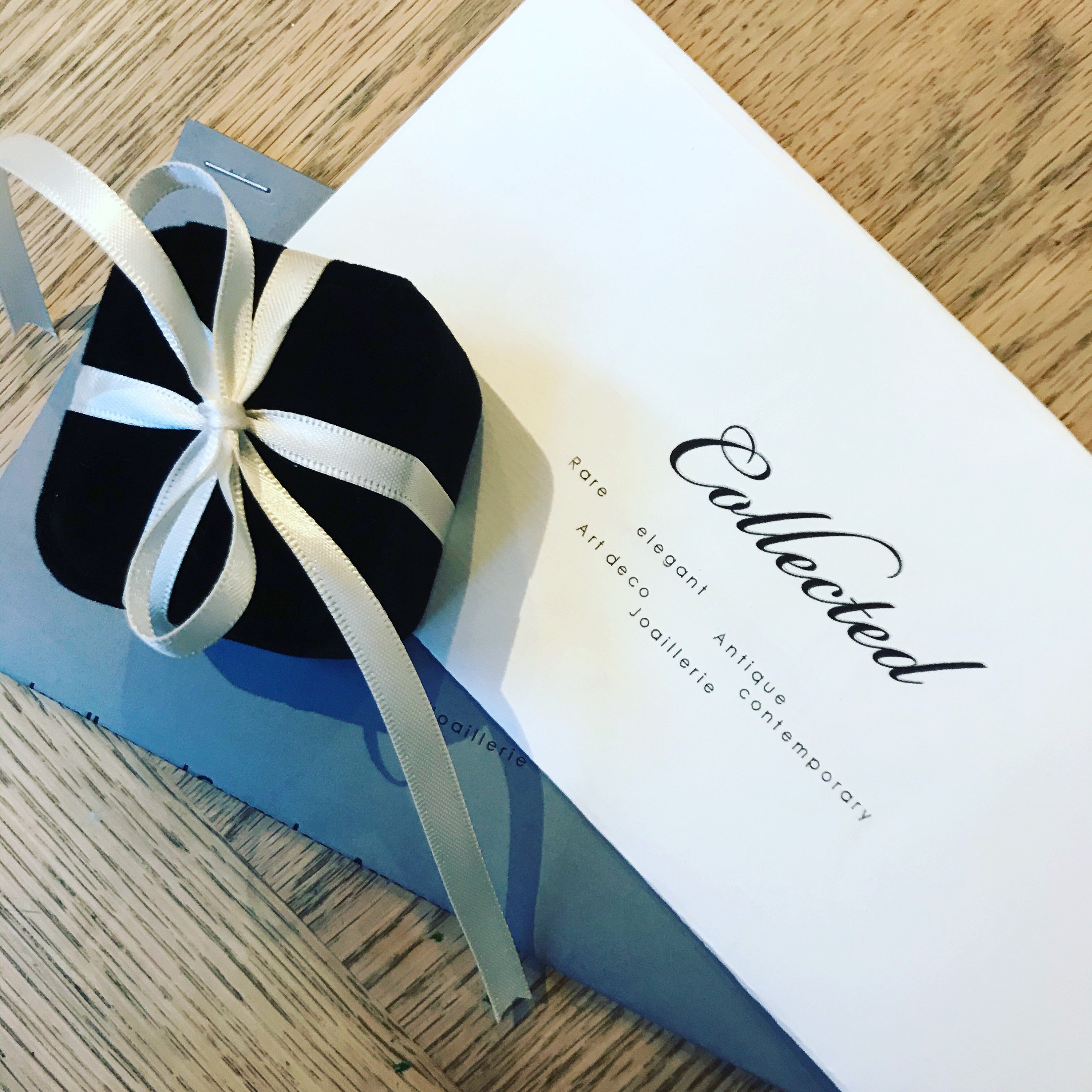 A vintage garnet gold ring, set in an 18kt claw setting and band. This is an unusual garnet ring with a faceted oval garnet set horizontally in four sets of double claws. It is sleek, retro in style.

Gemstones:
The garnet is approximately 10mm x 5mm, and a deep wine red-pink shade. The gold has a rose tone to it.

Measurements and markings:
The band at the back is approximately 2.5mm in width and less than 1mm in depth.
There is an 18 stamp for 18kt gold and a foreign stamp. It weighs 2.00 grams so a light ring.
The ring is a size N or 6. 75, rings can be re-sized.

Condition:
The ring shows wear in keeping with it’s age.

Additional information:
The ring will be shipped in a velvet ring box accompanied by a jewellery report and card.

I'll do my best to meet these shipping estimates, but can't guarantee them. Actual delivery time will depend on the shipping method you choose.

I gladly accept returns and exchanges

Ship items back to me within: 30 days of delivery

But please contact me if you have any problems with your order.

The following items can't be returned or exchanged

Because of the nature of these items, unless they arrive damaged or defective, I can't accept returns for:

Most rings can be re-sized. There is an additional charge of €30 for ring re-sizing. Please send me a message for more information.

Do you offer an engraving service.

Yes most pieces can be engraved, this service costs €30. Please send me a message with the name, initials, date or word you would like engraved on the piece.

0 items in your cart